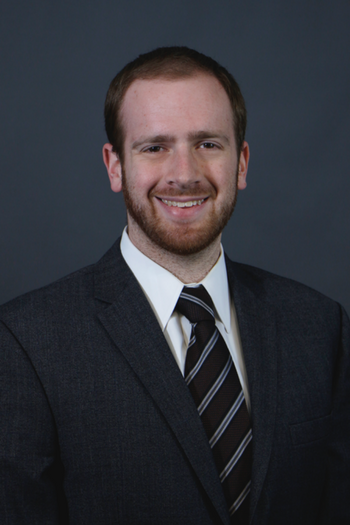 Dr. Joshua Tallis is a research scientist at the Center for Naval Analyses (CNA) with expertise in ocean security, polar affairs, and the role of naval operations in U.S. foreign policy. He is interested in the strategic challenges of building security in shared spaces and the strategic implications of maritime operations. Tallis' work at CNA includes analyses on maritime security, carrier strike group operations, Arctic operations and great power dynamics.

Tallis' work on strategy and policy is enhanced by operational field research. In 2018, he embedded with Carrier Strike Group Eight as the command's CNA analyst during the Navy's first Arctic carrier operations since 1991, for which he was awarded CNA's Deployer Award. Administratively, he is a project director who specializes in managing cross-disciplinary teams and building research designs to answer complex, unstructured questions. Before joining CNA, Tallis was the manager for research at a boutique security consulting firm in Northern Virginia.

Tallis is the author of the 2019 book, "The War for Muddy Waters: Pirates, Terrorists, Traffickers, and Maritime Insecurity." Tallis holds a Ph.D. in international relations from the University of St Andrews and a B.A. in Middle East studies from the George Washington University.

"Strategy of the Commons: Lessons and Limits from Space, the Oceans, and the Poles." Proceedings. Summer 2020.

“While ‘Arctic Exceptionalism’ Melts Away, the US Isn’t Sure What It Wants Next.” Defense One. January 2020.

“Hybrid Threats and the Constabularization of Strategy.” Strategy Bridge. April 2019.

“Is Somali Piracy Back?” Center for International Maritime Security, March 2017.

“Legitimacy at Sea: Is Sea Shepherd a Navy or Piracy?” Center for International Maritime Security, September 2016.

“Other Than War: HA/DR and Geopolitics.” Center for International Maritime Security, March 2016.

“The Language of Terror.” Center for International Maritime Security, August 2015.

Overfield, Cornell, and Joshua Tallis. Great Power Relations: What Makes Powers Great and Why Do They Competes? (2020).