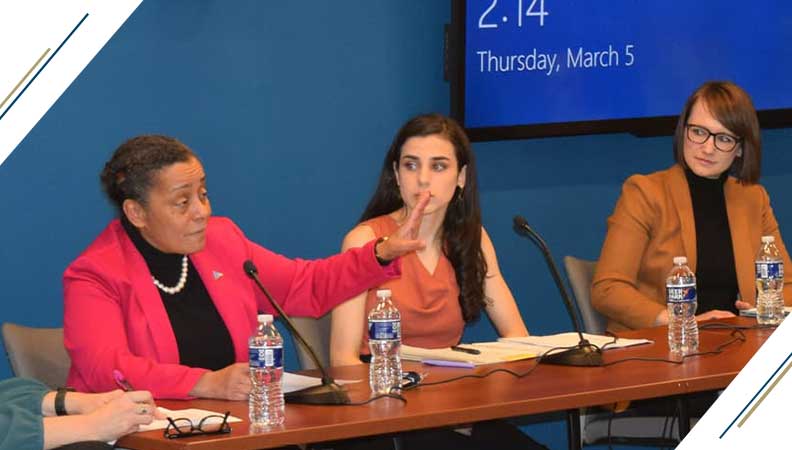 The Global Gender Policy program and the Gender Equality Initiative in International Affairs have a joint mission to equip Elliott students with the necessary knowledge, skills and experiences they require to become world class leaders on gender equality issues in a multiplicity of roles such as: gender expert policymakers, advocates, practitioners, researchers, and change makers.

Worldwide, efforts by armed groups to undermine women’s rights, including the sexual enslavement of women and girls, is a common thread running through global conflicts and terrorism. Other global issues include the persistent gender gap in completion of education; the acute impact of climate change on female smallholder farmers; and the need for women’s equal participation in peace processes. We need all genders in this conversation to shift our understandings and create more equal, fair and just societies. The #MeToo movement has opened up space for new discourses on eliminating gender-based violence and ending discrimination within the workplace. The movement has encouraged more men to become vocal and visible in their support for gender equality issues and we are delighted to note increasing numbers of men are participating in this field study. Our courses include case studies on women, girls, gender and sexual minorities as well as men and boys in development, humanitarian, conflict and security contexts.

The subject of gender in international affairs and its intersections with race, religion, age, ethnicity, disability, sexuality, and class, is not only a highly complex topic it is also a highly sensitive one, that can be culturally and socially divisive and challenging. To work on gender issues requires a firm grounding in knowledge (research, data, policy) as well as the courage and commitment to create transformative agendas that push against discriminatory norms. As such, Elliott students are supported to build strong networks and alliances through the Gender Equality Initiative in International Affairs (GEIA) by engaging a community of cutting-edge research institutes, think tanks, governmental and development agencies in a series of substantive and social events throughout the academic year.

"My gender courses were among the strongest I have taken thus far. The level of expertise, engagement, and commitment from professors is unmatched by my other instructors."

The Elliott School provides a 15-credit graduate certificate and a specialization for Master’s degree students in Global Gender Policy. Our three-credit courses include Global Gender Policy; Violence, Gender & Humanitarian Assistance; Gender, War and Peace; and Gender and Development. Many incoming Master’s degree students report that they enrolled at the Elliott School because the gender-equality specialization enables them to pursue careers in this field. 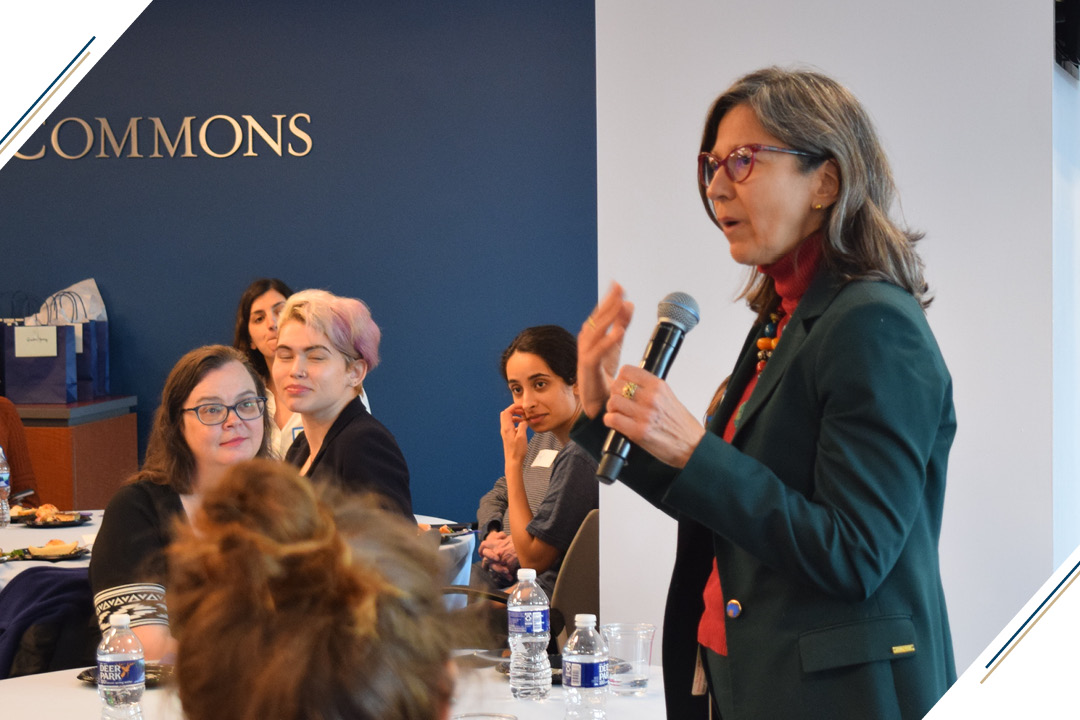 Professional Skills Courses (One-Credit): Our four professional skills courses provide students with a solid grounding in Advocacy for Women’s Rights: Speaking Truth to Power; how to be a Gender Advisor, how to conduct Gender Monitoring & Evaluations and how to prepare Gender Responsive Budgets. These courses will equip students to become expert gender advisors in governmental and non-governmental organizations in the United States, as well as international development agencies such as Care International and international organizations such as the United Nations.

"I have found the strongest community in my gender courses... The professors foster a sense of openness and acceptance."

A Closer Look at the Global Gender Policy Program

What is a gender specialization and why is it important?

The concept of gender attempts to capture the complexities of what it means to become socially identified along sex-gender lines. Gender is most often premised on a heteronormative binary of male and female, which is increasingly challenged to make room for recognition of transgender and intersex identities. Gender describes the codes of conduct for a man or a woman, how these identities are defined and regulated, negotiated and normalized.

Gender is increasingly recognized as a critical concept in fully understanding processes of globalization, international development, humanitarian crises, violent extremism, war, and peace-building. Gender is central to how societies are structured and the roles and responsibilities of women and men as well as the valuing of girls and boys and how they are positioned within the family, community, and broader society.

Gender analysis is a systematic analytical process used to identify, understand, and describe gender differences and the relevance of gender in a specific context and typically involves examining the differential impact of policies and programs on women and men. Gender analysis also identifies disparities, examines why such disparities exist, determines whether they are a concern, and looks at how they can be addressed.

Where to work with a gender specialization?

US Federal Agencies and Institutions

The above list is a condensed selection. As issues of social justice, equality, and intersectionality are increasingly critical to policymaking, the demand for experts in gender analysis will grow.

of students felt classes were a safe space, felt a strong sense of community, and felt connected to their classmates

of students reported gender courses had a positive impact on their leadership skills, networking, analysis, research, public speaking, and confidence

The graduate admissions counselors are some of the exceptional resources available to you through the Elliott School of International Affairs. Contact us directly with your requests or questions about the Global Gender Policy graduate certificate program. We’ll help you explore the benefits, align this opportunity with your career goals, or compare the Global Gender Policy certificate with our other program offerings in international affairs.

Live Chat: Join us for live chat by visiting our admissions page.