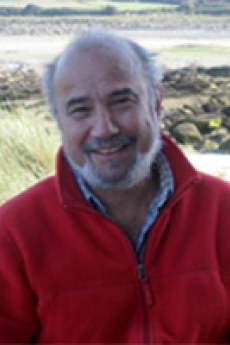 Professor Askari received his B.S. in Civil Engineering, attended the Sloan School of Management and received his Ph.D in Economics from the Massachusetts Institute of Technology. Before coming to GW in 1982, he was a Professor of International Business and Middle Eastern Studies at the University of Texas at Austin. Askari served on the Executive Board of the IMF, Special Advisor to the Minister of Finance of Saudi Arabia and as consultant to the OECD, the World Bank, the IFC, the UN, the Government of Saudi Arabia, and a number of multinational corporations. He has acted as a mediator between the governments of Iran and Saudi Arabia and Iran and Kuwait.

Conceptions of Justice from Islan to the Present, Foreword by Ali Allawi, with Abbas Mirakhor, New York: Palgrave Macmillan, May  2019.

Reformation and Development in the Muslim World: Islamicity Indices as Benchmark, co-authored with Hossein Mohammadkhan and Liza Mydin, (Palgrave Macmillan, 2017)

The Next Financial Crisis and How to Save Capitalism, co-authored with Abbas Mirakhor (Palgrave Macmillan, 2015)

Conflicts in the Persian Gulf: Origins and Evolution (Palgrave Macmillan, 2013)

Collaborative Colonialism: The Political Economy of Oil in the Persian Gulf (Palgrave Macmillan, 2013);

Conflicts and Wars: Their Fallout and Prevention (Palgrave Macmillan, 2012)

Professor Askari has written a number of other books, monographs and professional journal articles on international finance and trade, on oil, on agriculture, Islamic economics and finance and on the Middle East, and numerous opinion-editorials for The New York Times, The Washington Post, The International Herald Tribune, Los Angeles Times, The Christian Science Monitor, Asia Times Online, The National Interest, and the Huffington Post.