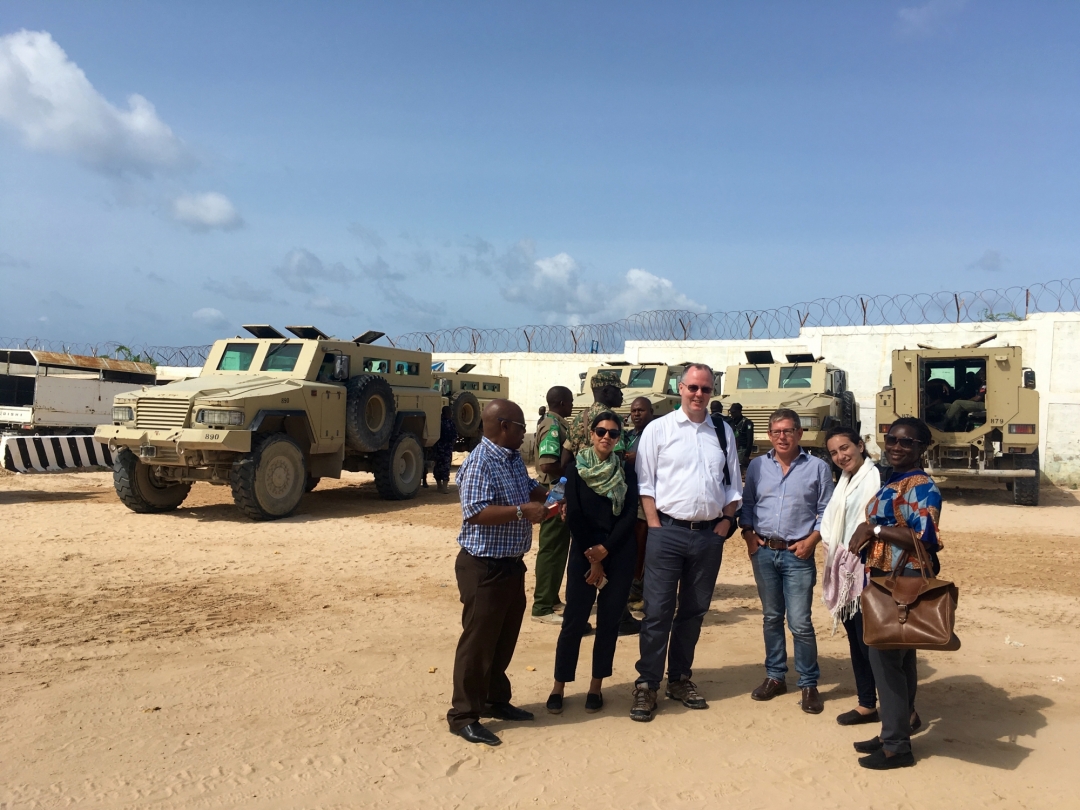 Dr. Paul D. Williams (third from the left) on a research trip to Mogadishu.

In his August 2018 publication, Fighting for Peace in Somalia: A History and Analysis of the African Union Mission (AMISOM), 2007-2017, author and Elliott School Associate Professor Paul D. Williams offers the first comprehensive analysis of the African Union's longest-running mission. In advance of his book launch, Professor Williams reflected on research incentives, insights, and implications:

"AMISOM is now the world’s largest and most dangerous peace operation. I wanted to understand how it could stabilize one of the world’s most failed states and whether it could defeat one of the world’s most deadly insurgent groups, Harakat al-Shabaab. As well as being the African Union’s longest, largest, and most costly operation, AMISOM also exemplifies the complex challenges of 'partnership peacekeeping,' the process by which multiple international organizations and states try and work together to stabilize the host country.

In doing the research, I was most surprised by the intensity and brutality of the war against al-Shabaab as well as by the continual sacrifices made and hardships endured by the peacekeepers. I was also struck by the large gap between the capabilities given to AMISOM and the expectations placed upon it to deliver peace in Somalia.

The key takeaway is that politicians should not expect peacekeepers to deliver peace in Somalia in the absence of a viable political strategy to resolve the country’s multiple armed conflicts."