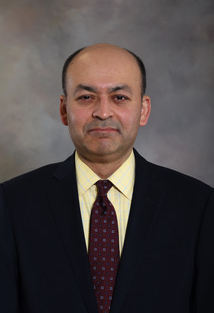 S. Amer Latif currently serves in the Ofﬁce of the Undersecretary of Defense for Policy (OSDP) where he is a cyber policy advisor.  Previously, he was a senior policy advisor on Central Asia where he was instrumental in securing critical access for U.S. forces and building defense ties with this region.  For his efforts, he was awarded the Office of the Secretary of Defense Award for Exception Civilian Service.  The Government of Uzbekistan also decorated him for his efforts to build defense ties. From 2011-2012, he was a visiting fellow with the Wadhwani Chair for U.S.-India Policy Studies at CSIS where he directed a major project on U.S.-India defense and security ties. From 2007-2011, he was director for South Asian affairs in the Ofﬁce of South and Southeast Asian Affairs in OSDP. In that capacity, he was responsible for defense relations with India, Sri Lanka, Bangladesh, Nepal, Bhutan, and Maldives, and for the management of Diego Garcia. While in that position, he participated in negotiations on end-use monitoring and defense agreements with India; contributed to enhancing counterterrorism and maritime security capabilities for Bangladesh, Sri Lanka, and the Maldives; and helped to initiate defense reform efforts in Bangladesh, the Maldives, and Nepal.

From 2004 to 2007, he served as a country director and policy adviser for the Caucasus and Caspian regions in the same ofﬁce. In that capacity, he worked on defense relations with Azerbaijan, Armenia, Georgia, and Uzbekistan, as well as Caspian Sea security issues. Prior to OSDP, he served as deputy director of operations (J3) at the Joint Warfare Analysis Center, where he was responsible for the management of support on effects-based operations to all combatant commands on operations ranging from low- to high-intensity conﬂict.

Dr. Latif was an adjunct professor at Mary Washington College, where he taught courses on South Asian politics and international affairs. He has lectured at the National War College, Naval War College, Marine Corps University, Foreign Service Institute, and Catholic University on issues related to South Asia, Central Asia, the Caucasus, and insurgent movements. He also served as a U.S. Coast Guard ofﬁcer in staff and operational assignments. He served as a deck watch ofﬁcer and auxiliary division ofﬁcer on the USCGC Morgenthau, where his unit was involved in operations related to drug interdiction, migrant interdiction, and ﬁsheries patrols.

Dr. Latif holds a B.Sc. in electrical engineering from the U.S. Coast Guard Academy and a M.A. and Ph.D. from the Catholic University of America. He was a fellow of the Massachusetts Institute of Technology Seminar XXI program.  He is a Distinguished Graduate of the National War College in Washington, D.C. and was a term member of the Council on Foreign Relations.