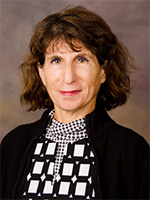 In his article, co-authored with Chantal de Jonge Oudraat, Brown argues that gender issues, climate change, and security problems are interconnected in complex and powerful ways. Despite the connections, in depth analyses of the issues have been stunted by misguided understandings of gender, siloed policy analysis, and shady implementation of projects. Brown writes that erroneous depictions of gender are still prevalent in both the climate change and security circles while the connections between gender issues, climate change, and security are overlooked due to lack of coordination between issue-specific groups and agencies. As a result, implementation of projects is shaky at best due to “poor integration of gender priorities” in most security policy and climate change actions. In an ironic twist, this “gender obliviousness” itself has large implications for security and stability and exacerbates existing problems.

“Gender inequalities, climate change problems, and violent conflicts are all man-made disasters” Brown claims. He emphasizes that as a solution, more attention must be placed on the “ideas about masculinity and male behavior shape gender relations, the environment, and security." Read Dr. Brown's full article.