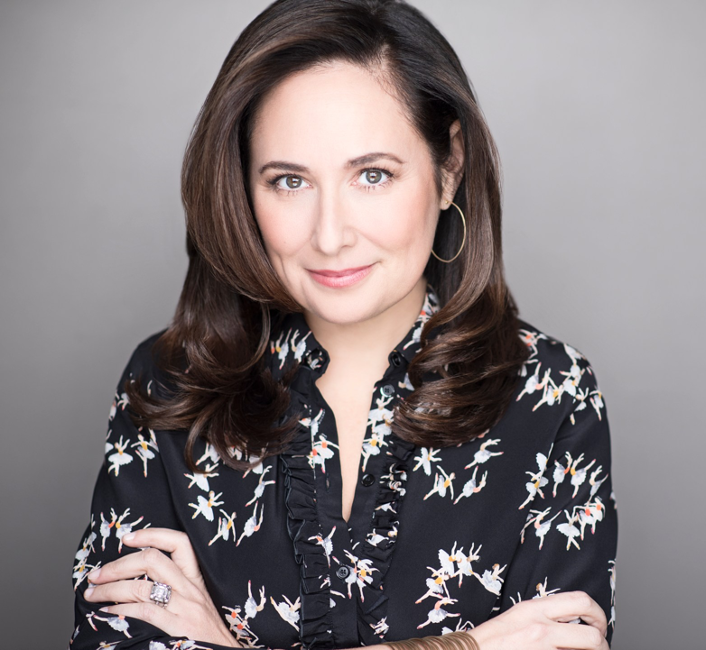 Jenna Segal is a Tony award winning producer and founder of Segal NYC, which develops and produces theater, digital content, television, and film with a focus on parity creative teams and female audiences. Segal’s productions have received 17 Tony nominations and 12 Drama Desk nominations.

Jenna successfully shepherded the revival of GIGI, a Tony nominated musical written by Heidi Thomas (CALL THE MIDWIFE, CRANFORD), and starring Vanessa Hudgens (GREASE LIVE!, RENT LIVE!, HIGH SCHOOL MUSICAL) from the Kennedy Center to the Neil Simon Theatre on Broadway and led Theresa Rebeck’s acclaimed What We’re Up Against Off-Broadway. Other productions include: Broadway: HADESTOWN, WHAT THE CONSTITUTION MEANS TO ME, LES LIAISONS DANGEREUSES Off Broadway: GLORIA: A LIFE, SMALL MOUTH SOUNDS.

At the start of the COVID-19 Pandemic, two days after the Broadway shutdown, Jenna founded “Get In Shape Grrl-Broadway Covid Series,” where she employed out of work Broadway actors to teach dance-fitness classes inspired by their shows, creating an online platform for performers to perform, and for audience members to enjoy the thrill of LIVE theatre again in our new world.

Currently, Segal serves as a trustee of the American Ballet Theater (ABT)and is the Champion Supporter of ABT Women’s Movement, which provides means for the creation, exploration, and staging of new works by female choreographers. Jenna created the Heidi Thomas Initiative at Signature theater in Arlington, assuring a world premiere play by a female writer and director over a five year initiative. Recently Segal developed and implemented with 21/64 the PJSF X 21/64 NonProfit Board Management Course to teach Next Gen philanthropists how to be additive board members. Jenna’s work was recently a featured chapter in Sharna Goldseker’s new book, GENERATION IMPACT.

Other board memberships and Philanthropic efforts include: DOM Advisory Board at Mount Sinai Hospitals, the Dean’s Council at Weill Cornell Medicine.

Jenna Segal has been featured in Variety, the Star Ledger, the Bergen Record, and the Wall Street Journal as a new producer to watch. She received the 2015 Women of Achievement Award by the WP Theater, the Glammy Award by GlamourGals Foundation, and the Women of Achievement Award from Hadassah. Her Op-Ed “Awards are Nice, Checks are Better,” was featured in The Wrap in 2020. Segal has been a Tony Voter since 2016.