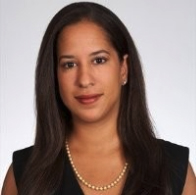 Dana Reed is a notable investor/advisor on Africa. She co-founded Nyansapo Impact Capital in January 2019 and serves as CEO. From 2016-18, Dana held the position of interim CEO of The Africa Center, an organization seeking to transform understanding of the African continent by promoting partnership and collaboration between Africa and the United States on activities surrounding policy, business and culture. She currently serves the organization as a board member and trustee. Prior to her interim appointment at The Africa Center, she was the CEO of PanAfrican Investment Co., a private investment company that made impact investments in SMEs in sub-Saharan Africa. She grew the company from inception to ten employees with a portfolio of seven SMEs.

Previously, Dana was a Managing Director at Semper Capital, a structured credit asset management company with $1.5 billion AUM. Her responsibilities included marketing, product development, and strategic growth of the firm. Before Semper, she was an investment banker at JP Morgan and Goldman Sachs. Dana began her career as a Fellow at the Export-Import Bank of the United States.

Dana received a BBA in International Business and an MBA from Howard University. She is a Trustee at BrightPoint Health and Randall’s Island Park Alliance. Dana was appointed by New York Governor Paterson to serve as a Director of the Harlem Community Development Corp. and continues to serve in that capacity today. She is an active member of the African Leadership Network and received the 2013 CUP Catalyst for Change: Finance Award. Dana is a frequent speaker at industry events in both the United States and in Africa and has appeared on TheStreet.com and Arise TV.