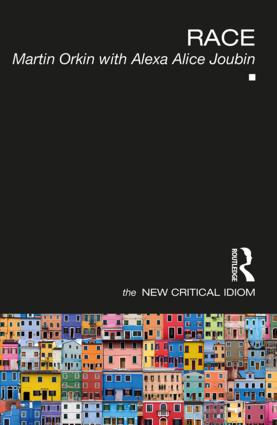 With their new book, Race (in Routledge’s New Critical Idiom series), Elliott School and CCAS Professor Alexa Alice Joubin and co-author Martin Orkin offer readers a guide to understanding the concept of race in historical and contemporary legislative, medical, and political contexts. The book also takes readers beyond the US to understand nuances of racial discourses in other parts of the world. To celebrate the publication, Professor Joubin offered additional insight on Race:

"In the US, race often brings to mind people who are not white, while whiteness remains unmarked and serves as a benchmark category—as if white is not a race. A second feature in American racial discourses is the alignment of a race-based social group with innate or inner qualities rather than class. Third, the focus on black and white sometimes obscures other groups within the United States, such as Hispanics, Native Americans, and others that often fall under the rubric of ethnicities rather than 'race.'

Locations of race matter. In contrast to the continuing Anglo-European West remarking on non-white people, whiteness as a value in contemporary East Asia has become a yardstick of intelligence, beauty, and desirability. Even in the post-colonial world people still tend to internalize colonial categories of difference.

The book draws on culturally and historically diverse materials to examine the intersections of race and gender in a global context, with particular attention to discourses in South Africa, Israel, India, Europe, the US, East Asia, and Asian America. Race close reads a wide array of examples from the Middle Ages and Renaissance to the twentieth century and probes a number of important questions.

If race is a central part of human identity, can one own or disown one’s race? To which community would a multiracial person, immigrant, or diasporic subject belong? What future is there for race as a viable analytical concept? The book argues that race is profoundly constituted by language and narratives. Race is a signifier that accumulates meaning by a chain of deferral to other categories of difference such as gender and class."