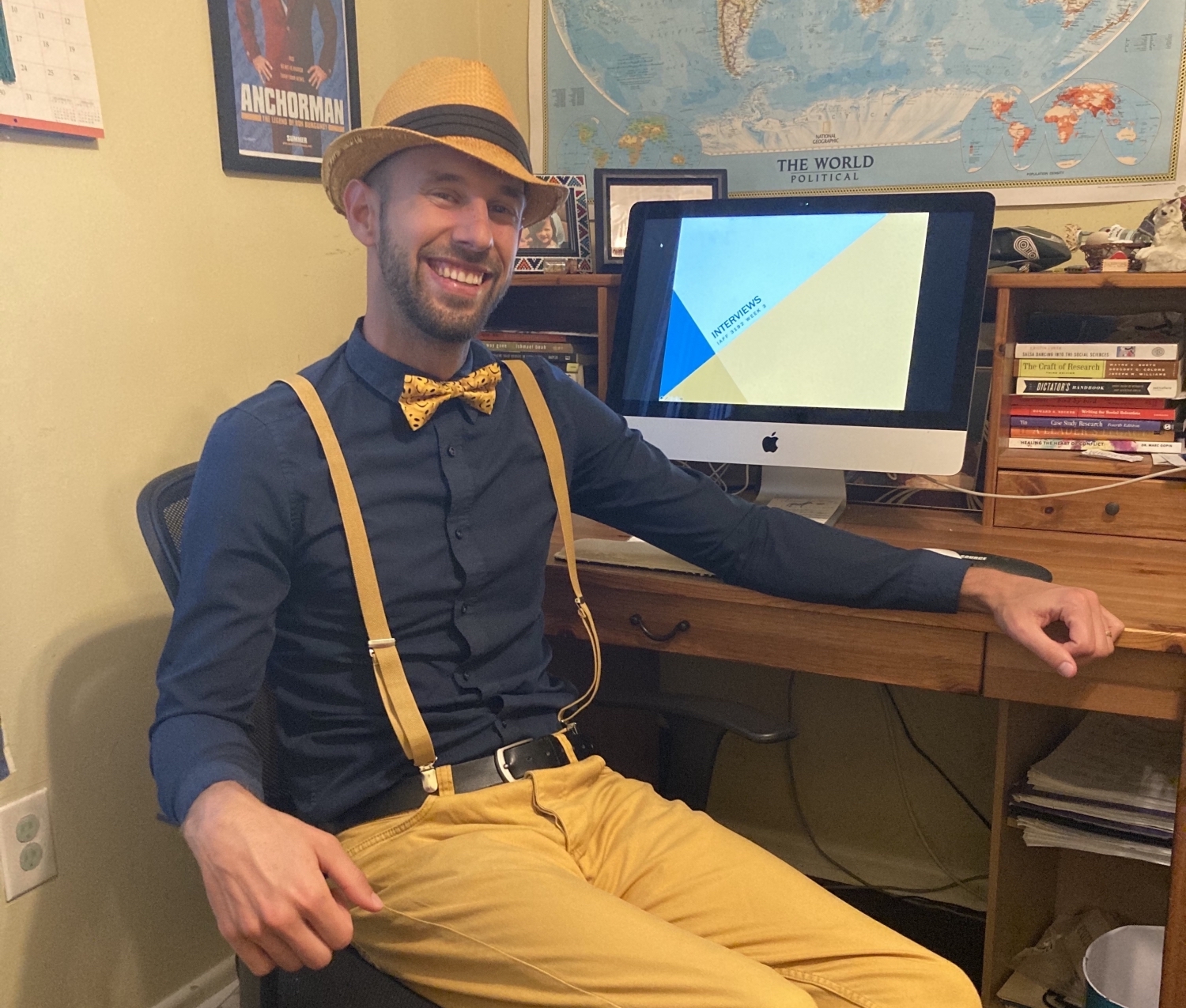 Dr. Alexander Cromwell is often known for coordinating his outfit to match his slides at the Elliott School, a tradition that initially began out of serendipity. But as Associate Director of Dean's Scholars and Experiential Learning, this is only one of his many efforts to rethink every aspect of pedagogy. This winter, his efforts resulted in the publication of two articles, both of which studied challenges unique to international affairs teaching.

Through surveys, interviews, and student paper analysis, he examined how a US international studies course containing virtual dialogue sessions with Afghan students was able to reduce the distance between the two groups. Despite technological challenges, a language barrier, and the unavoidable power imbalance, virtual encounters were found by the study to be a promising pedagogical tool. Read the full article, “Promoting Learning about Precarity and Resilience in War: Virtual Encounters between Afghan and American Students in International Studies Courses”, on the International Studies Perspectives journal.

In another project, he conducted interviews and focus groups with alumni across four peacebuilding programs that brought Pakistani youth to the US, in order to study whether those programs remained effective when their alumni found themselves in future conflicts back home. He found that while program alumni did implement projects to benefit their communities, they were often unable to explicitly promote social cohesion due to sociopolitical constraints in Pakistan. However, the social capital built during the programs’ service-oriented activities did motivate participants to improve their communities. Read the full article, “Building social capital through encounter-based peace education: how Pakistani youth sustain motivation for peacebuilding and social cohesion”, on Compare: A Journal of Comparative and International Education.

Dr. Cromwell teaches at both undergraduate and graduate levels, and has previously taught at George Mason University, where he received his PhD.