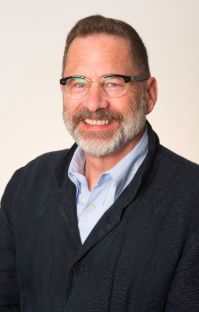 Professor of Media and Public Affairs and International Affairs

Steven Livingston studies the role of digital technology in governance and the provisioning of public goods, including human security and rights.  He is currently working on projects relating to the use of commercial remote sensing satellites, DNA sequencing technology, and digital networks by human rights organizations.  His past work has examined the use of mobile phones and digital mapping technologies by NGOs and community-based organizations (CBOs) in areas of limited statehood, places where the state fails to provide basic services.  Using these technologies, NGOs and CBOs leverage mobilizing efficiencies of digital platforms to fill in some of the governance void.  At George Washington University he is Professor of Media and Public Affairs and International Affairs with appointments in the School of Media and Public Affairs (SMPA) and the Elliott School of International Affairs (ESIA).  In 2016 he was also a visiting scholar at the Brookings Institution and a Fellow at the Carr Center for Human Rights Policy at Harvard University.

In the 1992-93, Livingston was a Social Science Research Council Senior Research Fellow in Foreign Policy Studies (funded by the Ford Foundation). In 1995, he received funding from the Robert R. McCormick Tribune Foundation to investigate the role of the military and the media in humanitarian crises. In 1996, he was a Research Fellow at the Shorenstein Center on Press, Politics and Public Policy, Kennedy School of Government, Harvard University.  Livingston also received a Goldsmith Award while at Harvard. In April 2004, he was awarded a Fulbright Scholarship.  Livingston has lectured at the National Defense University, the Army War College, the Strategic Studies Group at the Naval War College, the Brookings Institution, Carnegie Endowment for International Peace, the U.S. Institute for Peace, European Institute of Diplomacy, Vienna, the Foreign Service Institute, the U.S. Department of State, and at universities and think tanks in Europe, the Middle East, and Africa.  He has appeared on CNN, CNNI, ABC, CBC, BBC, NPR, al Jazeera, al Jazeera English and many other news organizations commenting on public policy and politics. He has also been quoted in The Wall Street Journal, The Washington Post, The Economist, and many other newspapers around the world.  He has also written for Newsday, USA Today, and La Stampa in Rome.  His research and consulting activities have taken him to over 50 countries since 2006.

Among other publications, Livingston has written The Terrorism Spectacle (Westview Press, 1994); When the Press Fails: Political Power and the News Media from Iraq to Katrina (W. Lance Bennett and Regina Lawrence, co-authors) (University of Chicago Press, 2007). With Gregor Walter-Drop he edited Bits and Atoms: Information and Communication Technology in Areas of Limited Statehood (Oxford University Press, 2014). Africa’s Evolving Infosystems: A Pathway to Security and Stability (NDU Press, 2011) and Africa’s Information Revolution: Implications for Crime, Policing, and Citizen Security (NDU Press, 2013).  Clarifying the CNN Effect: An Examination of Media Effects According to Type of Military Intervention (a monograph published by Harvard University in 1996), "The New Information Environment and Diplomacy", in Cyber-diplomacy in the 21st Century , Evan Potter (ed.); "Remote Sensing Technology and the News Media," in Commercial Observation Satellites: At the Leading Edge of Global Transparency, John Baker, Kevin O'Connell, and Ray Williamson (eds.); and "Transparency and the News Media," in Power and Conflict in the Age of Transparency, Bernard Finel and Kristin Lord (eds.). Professor Livingston was a Senior Research Fellow in the Center for American Politics and Public Policy at the University of Washington during the 2002-03 academic year.