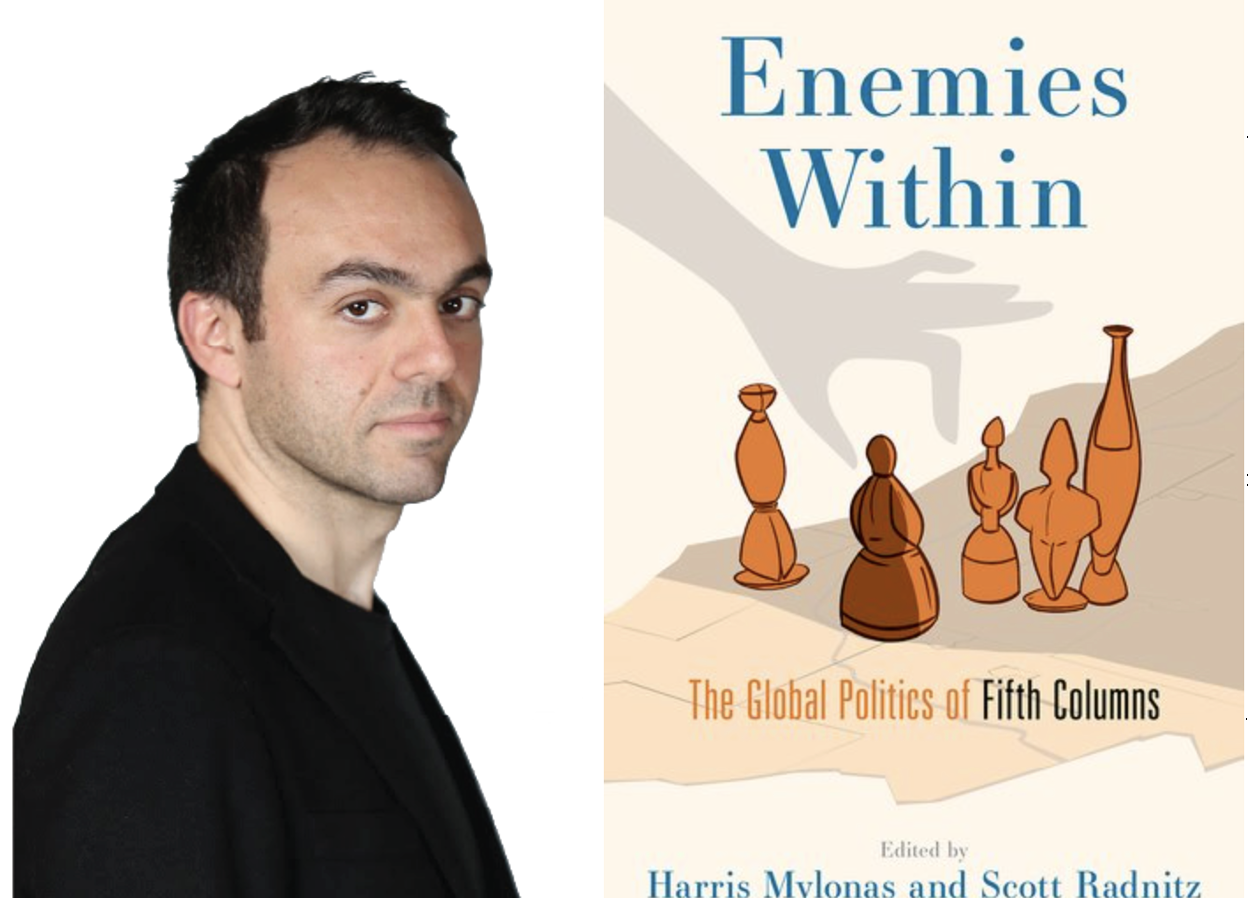 Associate Professor Harris Mylonas and his forthcoming book "Enemies Within: The Global Politics of Fifth Columns".

In the piece, the authors explain how Putin’s claims of fifth columns, or “domestic individual or groups who work in cooperation with external rivals to undermine the national interest,” have been used throughout history, both inside and outside of Russia, to rally support against an accused common enemy. Though Putin has commonly used fifth columns to demonize opposition groups, as exemplified by his accusation of Russian protestors of serving American interests following fradulent elections in 2011, the rhetoric has ascended to new heights following the invasion of Ukraine. Mylonas and Radnitz highlight how merely refraining against open opposition is no longer sufficient. In a new speech, Putin suggested that anyone with Western lifestyle aspirations could be a traitor and menacingly stated that a “necessary self-cleansing” is needed to “strengthen our country, our solidarity, cohesion, and readiness to respond to any challenge." Though this is a clear strategic shift on messaging from the Kremlin, questions on how Russian citizens will react and on the strategy's overall sustainability still remain.

The article builds on insights from their forthcoming book "Enemies Within: The Global Politics of Fifth Columns." Read the full article.