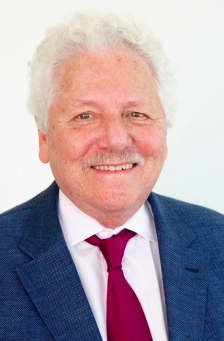 Professor of the Practice of International Business

"Explainer: Argentine Debt - Back to the 80s?" interview with Centre for the Study of Financial Innovation, January, 2022

"The Role and Influence of International Financial Institution" with B. Currie-Adler et. al. in International Development: Ideas, Experience, and Prospects, Oxford University Press, 2014

"Globalization and Growth: Implications for a Post-Crisis World" with Michael Spence in Commission on Growth and Development, The World Bank for the CGD, Washington, D. C. 2010

"Stuck in the Middle: Is Fiscal Policy Failing the Middle Class?" with Antonio Estache in The Brookings Institution, Washington, D. C. 2009