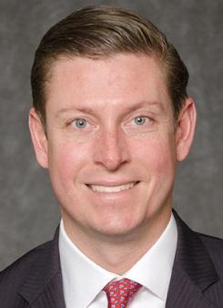 Aaron M. Bates is the Head of Private Wealth Platform and Partnerships at Bernstein. In this role, he is responsible for the firm’s private wealth advice platform, marketing strategy and third-party product and service partnerships. Prior to his current position, Aaron was head of Bernstein’s Wealth Strategies team and served as senior managing director. Previously, from Boston, he led Bernstein’s Northeast Private Wealth practice. From 2005 to 2010, he worked in London on the launch of the firm’s global private client practice in Europe; he was appointed Principal in 2008. Prior to that, Aaron was based in New York, where he oversaw the Northeast US Private Wealth Management Services Group and served as an analyst in the Private Wealth Management Executive Group, reporting on trends in the international high-net-worth marketplace to aid in the strategic development of the firm’s practice. He previously served in the Executive Office of the President of the United States, Office of the US Trade Representative. He has twice been selected to represent the US at the German Marshall Fund’s Conference on Transatlantic Relations. Aaron holds a BA in international affairs from George Washington University. Dow Jones has named him one of the Top 40 Under 40 in Europe. Aaron serves on the Board of Directors for StoryCorps, the Board of Directors of the International Centre for the Study of Radicalisation and Political Violence, Board of Overseers for WGBH Boston and the Board of Advisors for the Elliott School of International Affairs at George Washington University.