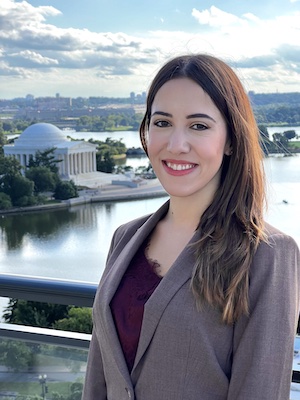 Yagmur Fitzwater is Program Coordinator for the FAO Regional Sustainment Initiative at George Washington University. She is also a master’s degree candidate at GWU’s Elliott School of International Affairs, studying Security Policy Studies with an emphasis on U.S. National Security. Yagmur was born in Bodrum, Turkey and lived in Istanbul while completing her bachelor’s degree in translation and interpreting studies at Bogazici University. She then moved to Ramstein, Germany where she has become conversational in German. In Germany, she has participated in the efforts of Operation Allies Refuge and continues to support Afghan evacuees in the United States. She has lived in Turkey, Canada, Germany, and the United States. She speaks Turkish, English, Spanish, and conversational German. Yagmur is interested in working towards improving and strengthening U.S. foreign policy and national security.