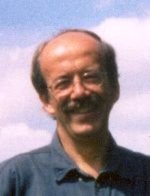 Dr. Gerrit van der Wees is a former Dutch diplomat, who served in the Dutch government from 1982 through 2005, including seven years at the Netherlands’ embassy in Washington (1994-2000).

He did his undergraduate studies in aerospace engineering at Delft University of Technology in The Netherlands, and received graduate degrees (MSc 1973, MAA 1975 and PhD 1981) from the University of Washington in Seattle.

From 1980 through 2016 he served as chief editor of Taiwan Communiqué, a bi-monthly publication chronicling developments in and around Taiwan’s transition to democracy. The publication played a key role in focusing the attention of the American Congress, the State Department, and the international community on Taiwan’s special history and status.

After retiring from the Netherlands’ government, he worked for the Formosan Association for Public Affairs (FAPA), a Taiwanese-American grassroots organization, from 2005 to 2016. At FAPA, he was responsible for contacts with the US Senate, the State Department, foreign embassies, and think tanks in Washington.

He is continuing to write commentaries on Taiwan’s history and political developments in and around East Asia for the Taipei Times, The Diplomat, and TaiwanInsight (University of Nottingham).

He has been teaching History of Taiwan at George Mason University since 2012. Since January 2020 he has also taught a graduate course on current issues in East Asia at the Elliott School of International Affairs at George Washington University.