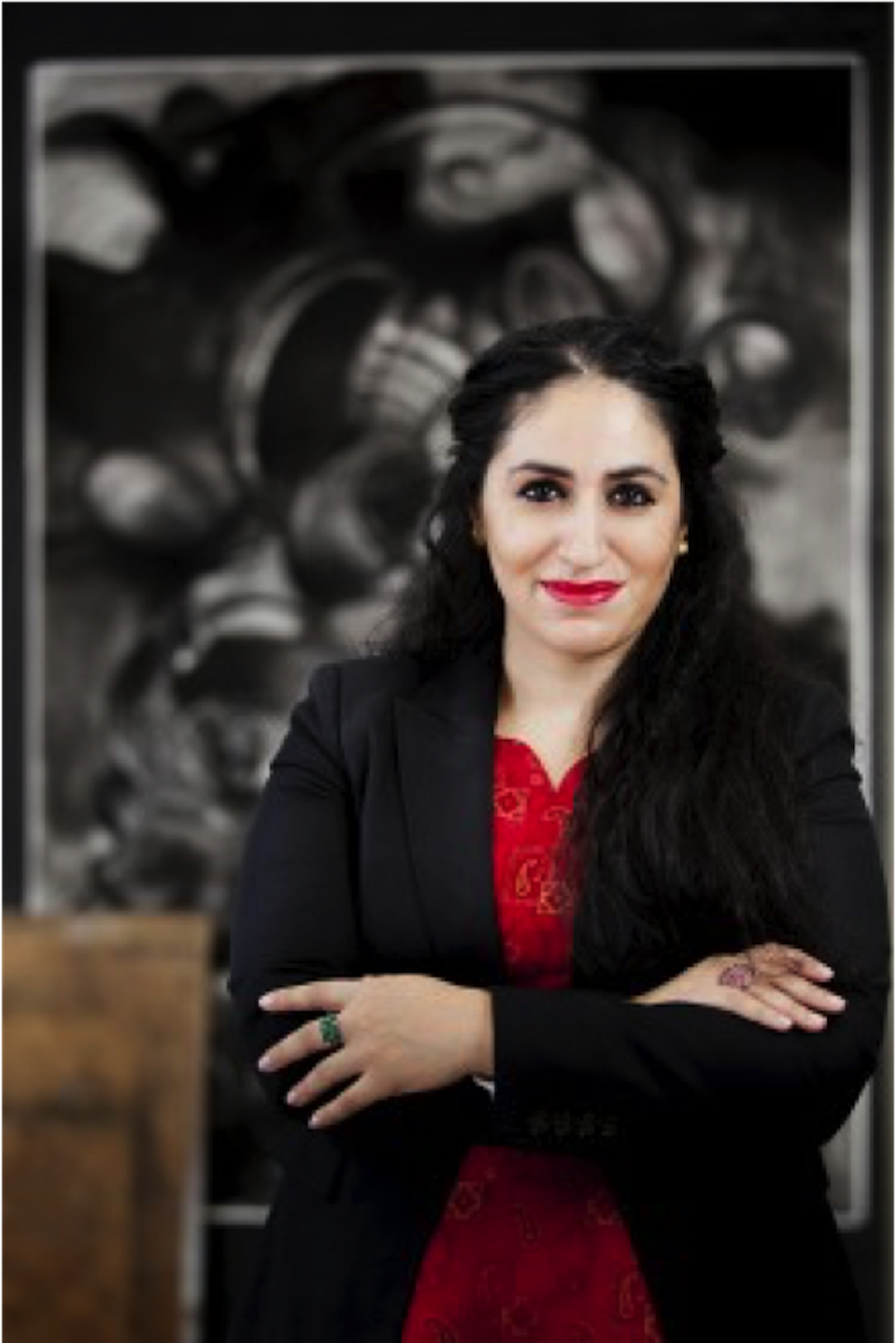 Farhana Qazi is the first American Muslim woman to join the U.S. Government's Counter-Terrorism Center. In her position, she helped the U.S. government understand the role of religious-based conflict and provide understanding of why some Muslims kill in the name of a beautiful, loving religion. After government service, she served as an international policy analyst at the Rand Corporation, where she travelled around the world speaking to victims of violence and interviewing violent men and women. She describes the brutal impact of the local, protracted violent conflict in Secrets of the Kashmir Valley, her first non-fiction book– a collection of stories of survival and sacrifice made by women. Award-winning filmmaker Ross Kaufman states that Qazi's book “connects us to the intense, complex and remarkably strong women of Kashmir…Rich with detail, this powerful book provides emotional insight into this divided region.” Editor of an award-winning travel magazine, Porter Fox said, “The only thing more enlightening would be to travel there yourself.” Others have said the book is, "smart and soulful."

In September 2018, Farhana released her second non-fiction book, "Invisible Martyrs: The Inside the Secret World of Islamic Female Radicals" to document the true stories of women and girls who join violent extremism in the West and in select Muslim countries. Drawing on her background as a pioneering counterterrorism professional, Qazi offers an insider's view of what drives Muslim females to join radical movements and identifies what America and the world community can do to keep them from making this terrible choice. Publishers Weekly described the book as, "part analysis and part searching memoir...this is a heartfelt plea for the tolerant majority to take back their religion from the violent fringe." In Spring 2019, "Invisible Martyrs" received the Benjamin Franklin Book Award, Silver Medalist.

Farhana Qazi is a highly sought-after international speaker and award-winning instructor. Based on her knowledge of events in the Muslim world, Ms. Qazi trains the U.S. military on conflicts in the Muslim world and Islam, its practice and people. She is invited to speak to various audiences, including U.S. government and foreign officials, conferences at home and abroad, universities, and global institutions including the United Nations in New York and Geneva. As an expert, she is frequently cited by newspapers around the world, including The New York Times, The New York Post, The International Herald Tribune, Foreign Policy, Newsweek, The Middle East Times, The Washington Post, The Washington Times, Oxford Analytica, Reuters, CTC Sentinel, Dawn, United Press International Associated Press, Globe and Mail, Emirates Today, The Wall Street Journal, Al Jazeera, McClatchy Newspapers, The Austin American Statesman, The Baltimore Sun, The Council on Foreign Relations, Marie Claire, MSNBC and more. Also, Qazi has been featured in media outlets, such as CNN, BBC, PBS, Al-Jazeera, FOX, National Public Radio (NPR), C-Span, Voice of America, Bloomberg television, as well as the international press, including Canadian, Afghan and Pakistani state television programs.

In recognition of her service to the U.S. military, Ms. Qazi was selected by The National Committee on American Foreign Policy (NCAFP) in New York to receive the 21st Century Leader Award. The award was created to recognize the achievements of individuals aged 40 and under who display a serious commitment to furthering the United States’ national security interests that accord with the principles of political realism. In the award letter, President George Schwab wrote, “Your expertise and experience in the Afghanistan/Pakistan region is undeniably relevant to American foreign policy today, and your commitment to promoting a clear understanding of the region and the conflicts it endures are unique and outstanding examples of what the spirit of the award embodies.”

The Alumni Association at Southwestern University in Georgetown, TX (a private Methodist liberal arts college) chose Ms. Qazi to receive this award for her professional accomplishments and her unique ability to teach culture and religion across the U.S. Government. In his presentation, Dr. Eric Selbin said of Ms. Qazi, “Today, your colleagues say that your ability to work across different cultures and religions, and your balanced understanding of extremist movements have aided in homeland security efforts and kept your fellow Americans safe. You brought and lived out your differences on the sheltered Southwestern campus in ways that enhanced all who were fortunate to be around you. You spent untold hours teaching others about your culture and your world. You changed people’s lives and world views. Farhana, you venerate truth and knowledge and have risked your life to uncover both, so much so that the Civilian Affairs Battalion at Fort Bragg, North Carolina, awarded you a badge of honor and certificate of appreciation for your work in preparing soldiers for deployment. Farhana, for “being Southwestern” on an international scale; for your ability as a natural storyteller to lead your audience into the hearts and minds of your subjects; and for your undying work toward the betterment of humanity."

“The Truth About Honor Killings,” in Islamic Monthly Magazine, August 29, 2016.

“The Mujahidaat: Tracing the Early Female Warriors of Islam,” in Women, Gender and Terrorism, edited by Laura Sjoberg and Caron E. Gentry, University of Georgia Press, 2011.

“Who represents American Muslims? No one,” in The Washington Post On Faith, August 30, 2010.

“Part One: Inside Prison,” a two-part story of Kashmir in The Middle East Times, March 2009.

“Letter from Kashmir: Meeting with the Mother of Martyrs,” in The Middle East Times, 2009.

“The History and Evolution of Martyrdom in the Service of Defensive Jihad: An Analysis of Suicide Bombers in Current Conflicts,“ special issue of the Journal Social Research, Summer 2008, 615-654.

“Dressed to Kill: Why the number of female suicide bombers is rising in Iraq,” in Newsweek, July 20, 2008.

“Danish Cartoons Doom Us All,” in United Press International, March 21, 2008.

“Muslim Female Terrorists On The Rise,” in Oxford Analytica, July 9, 2007.

“Ready to Detonate: The Diverse Profiles of Female Bombers,” in The National Memorial Institute for the Prevention of Terrorism Annual 2006.

“From Rocking the Cradle to Rocking the World,” in Journal of International Women’s Studies, 2005

Farhana Qazi graduated from The Security Policy Studies Program at The George Washington University in Washington, D.C. and holds a Bachelors of Arts in Political Science and French from Southwestern University in Georgetown, TX.